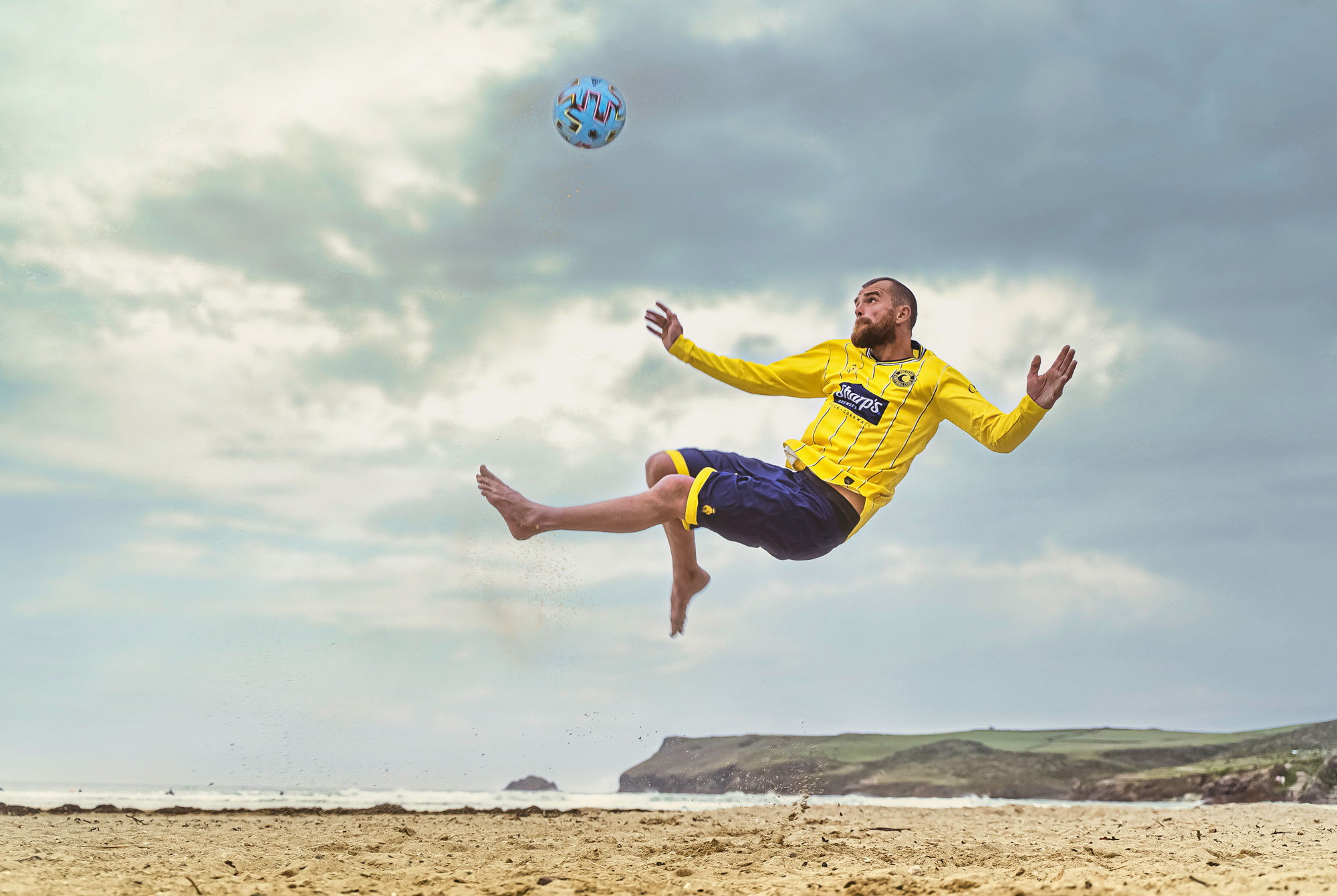 It has been just a week since the global leaders descended upon the shores of Cornwall to discuss key issues including climate change and the environment. Long before the G7 Summit, many Cornwall-based organisations have been ploughing their own green agendas. Cornish football club, Polzeath, established up in 2017 by Rock-based estate agent, Sam Williams, is a great example of such. The club’s first team, which plays in the Duchy Football League in Cornwall, has formed a new partnership with Hope & Glory Sportswear to manufacture its adult teams kit, which is made entirely from recycled plastic bottles which otherwise would have ended up in landfill. In addition, for every shirt that Hope & Glory sell to the club, the company has pledged to plant a tree.

Both the shirt and shorts are made from rPET fabric, which is made from recycled plastic bottles that have been melted down to produce a fine yarn. Every shirt is manufactured using a piece of fabric made from the equivalent of approximately 16 plastic bottles. The EcoKit material behaves in the same way virgin polyester would meaning no difference in performance from standard kits. In fact, if anything, the EcoKit fabric has a more premium feel, smoother to the touch and slightly lighter.

The club, which recently won the Cornwall FA Flexi-League in a nail-biting finish against St Breward FC now boasts three men’s teams, who will be playing in the new kit when the season starts again in August.

Club Vice-Chairman Paul Banks said, “As a club we felt we wanted to do our bit where we can and be committed to sustaining the environment around us. We looked at various possibilities but going with an environmentally friendly option made perfect sense. It’s a positive statement we want to promote and has a clear message that we can all get behind.”

Club Captain Kristian Stafford says, “It’s a great message but at first I was concerned with how the shirts would feel to play in. As soon as we received them however and I pulled it on it felt like a premium shirt. It’s a great idea and living right by the beach in Polzeath myself, I see the impact of plastic pollution on our coastal environment, so this initiative makes me even prouder to play for the club.”

The funding for the new kit has come from sponsors Sharp’s Brewery and Rock Oyster Festival, who have both come on board for the next four seasons.  James Nicholls, marketing controller at Sharp’s Brewery says, “At Sharp’s, sustainability is a key focus for our business, so we were delighted to hear that Polzeath FC has sourced a kit made from recycled plastic bottles. Well done to them for taking the initiative to do so (and for their recent win in the Flexi League too). We’re proud to sponsor such a proactive club, which is clearly aligned with our focus on sustainably”.