La Trappe Tripel is a classic Trappist ale with a powerful and full taste. In addition, the ale has a candy-sweet and light-malty character.

The La Trappe family of beers is brewed at the De Koningshoeven Brewery—the only certified Dutch Trappist brewery. Brewing within the walls of the Onze Lieve Vrouw van Koningshoeven Abbey since 1884. 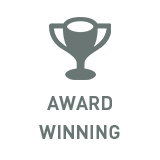